Sometimes creative people do something cool in a not very... shall we say "legal" way? Then one would think that the powers that be could let such actions slide sometimes, but alas this is not the case.

Joseph Carnevale, 21 years, from the city if Raleigh in North Carolina took it upon himself to acquire (technically stealing) a few traffic barrels from a road construction site. He used them to make this very interesting sculpture nicknamed the Barrel Monster. He did this by taking them apart (technically destroying) and assemble them into the Barrel Monster.

He put the 10-foot/three meter monster back at the road construction site. The monster has really slowed down the traffic at the site, and thus made it safer for the people working there.

Then the Police shows up, sees vandalism, destroys the Barrel Monster (technically places it into evicence) and arrests Joseph Carnevale.

More links and a bigger picture if you click the "Read more"-button.

A lot of people want's to see the charges dropped, I am one of them. There is even a Facebook page called Don't Charge Joseph Carnevale When I joined today there were 6529 members!

Even the construction company doesn't want to see this in court, they want him to make another one to replace the one the Police destroyed.

But the Police insists and will charge him with vandalism (technically being idiots).

Google search for "Barrel Monster" (there are a lot of hits) 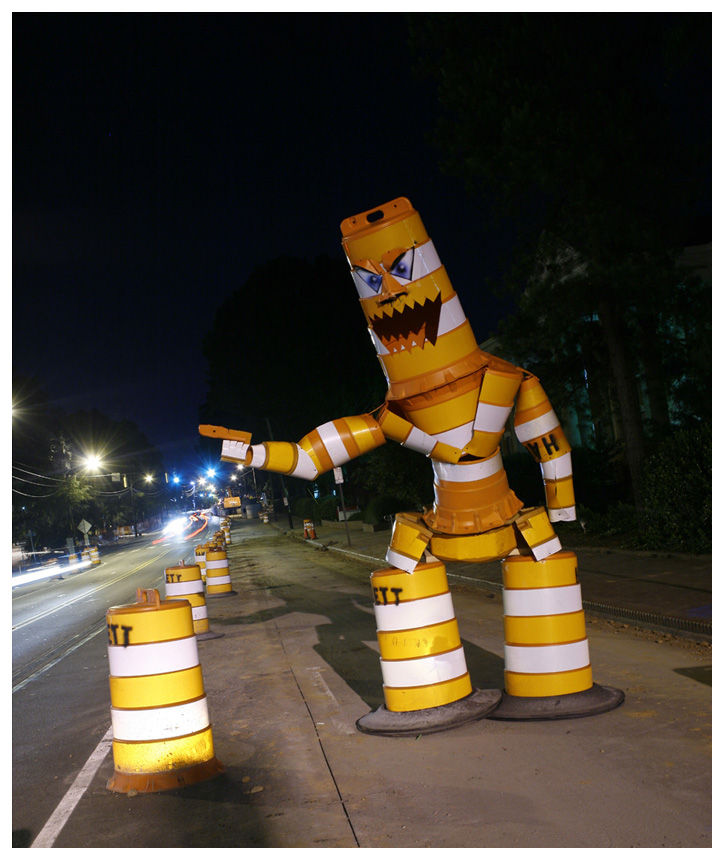 Image. Different sites has different photographers and all use the same image. But since i'ts a picture of a work of art, Joseph Carnevale, the creator should be credited. If this is wrong, please contact me.

I really really need this! (Keyboard for blondes)
Sombrero-galaxen