This might be another case of my brains neurons firing randomly and this somehow makes me think I have an great idea of unstoppable power that will transform the world as we know it and in the process make me filthy stinking rich. Bitter experience has on the other hand taught me that in these cases the idea is just in all likelyhood something assinine and will also get me called male chauvinist a lot. So play along and hit the button "Read more" already, It's gonna be a fun read, even interesting if you wonder how crazy people think!

If you agree with me on theese five premises, then this idea is not that impossible.

Premise 1: Scientist, given enough time and taxpayer money, will eventually find a solution to any problem man has had.

Premise 2: Another premise is that men are idiots and pretty much would do or purchase anything that is as labeled or percived as a surefire way to get women into bed. The evidence for this is pretty clear and all around us. 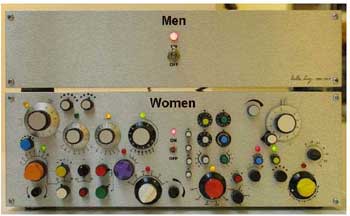 Also this old joke on the same theme has the same message:

HOW TO IMPRESS A WOMAN: Compliment her, cuddle her, kiss her, caress her, love her, stroke her, tease her, comfort her, protect her, hug her, hold her, spend money on her, wine & dine her, listen to her, care for her, stand by her, support her, go to the ends of the earth for her....

HOW TO IMPRESS A MAN: Show up naked. Bring beer. 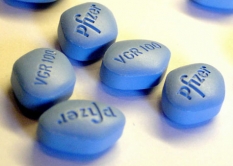 The best product idea ever 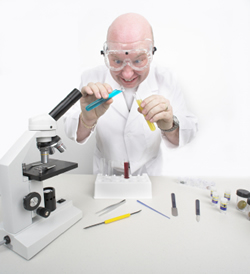 First of all, a married man or a man in a comitted relationship would never hear the phrase "Not tonight honey, I have a headache" again, instead she would hear a soft "psssssht" and then she would love to have sex. What would a man pay for that spraycan?

Secondly, stupid young men would buy a lot ot this stuff and they would take it to bars and parties. Whenever a couple of young hotties would be "acting naughty on the dancefloor", they would hear lots of soft "psssssht" all around. Some women would after a while probably look like they are in some form of Wet T-shirt contest. I think this is really funny mental image, a few very hot and wet women dancing together ignoring the rest of the world surrounded by young stupid-looking, clueless men by using the spray on them like overly exited, fascinated, drunken monkeys thinking they are going to score any second now.

I mentioned this idea to a friend and he added the sprinklersystem-version of the product as another great idea. Think of the the fantastic party a dance club would get if they put this product in the sprinkler system, and turned them on every foam-party-night.

Now this might seem like a terrible product if you are a women, right? Well, in that case consider the possibilities if women owned and manufactured this product (how hard is it to mix water and some perfume in a refill bottle?). Since all women talk to each other you only have to alert the worldwide sisterhood of women (I'm sure there is one...) to pretend this stuff works for a while until it is well known by men and during that time make a list of all men that purchase and use this product.

Since men are so clueless anyway those hotties on the dancefloor mentioned above can pretend that she has been affected by the spray and still, as has always been the case, chose whoever she see fits, and none of the surrounding idiots would be the wiser.

For one thing you women will get a shitload of money, have a lot of fun messing with mens heads and also a get an excellent list to start working on whenever the revolution comes and women finally take over the world.

The same world we men are under the delision that we actually rule, in wich we never ever get anything we want, and therefore think up stupid product ideas like Hornymaking Viagra for women. :)