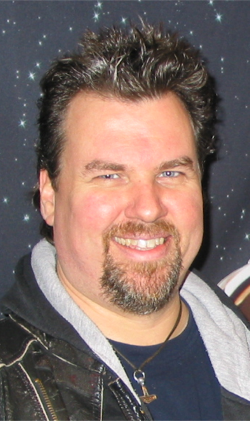 Welcome to the personal bilingual humorblog of Ola Andersson, also known on "teh internets" as Taz_1999. This is where I experiment with writing stuff that should be funny but mostly failing spectaculary in doing so.

I have also other projects like Bokföra Moms — a site in Swedish about bookkeeping where I help people doing it. Bookkeeping is something we have to do, but it's is booring and I hate it. But that site has a lot of visitors and this one, who is fun for me has no visitors whatsoever, go figure!

Another one is: Plugga Enklare — a site about learning stuff in a fun way, curently under development.

I live in Stockholm, Sweden on the tiny island called Lilla Essingen and I am 48 (2014) years old, short, round (ok then, fat), single, no kids and drive a ridiculous motorcycle/car from France, called Mega Van. Silliest van in Stockholm, thats me.

My hobbies are: "Listening, feeling my feelings and brunch".

If you belive any of this and are a hottie, please drop me a line and a photo.